Spiderman is a character created by DC rivals, Marvel. The character, like many of the Marvel characters, was created by Stan Lee, though for Spiderman this was also with the collaboration of writer-artist Steve Ditko. Spiderman made his debut appearance in an anthology comic called Amazing Fantasy, in 1962; an era often referred to as the silver age of comic books. 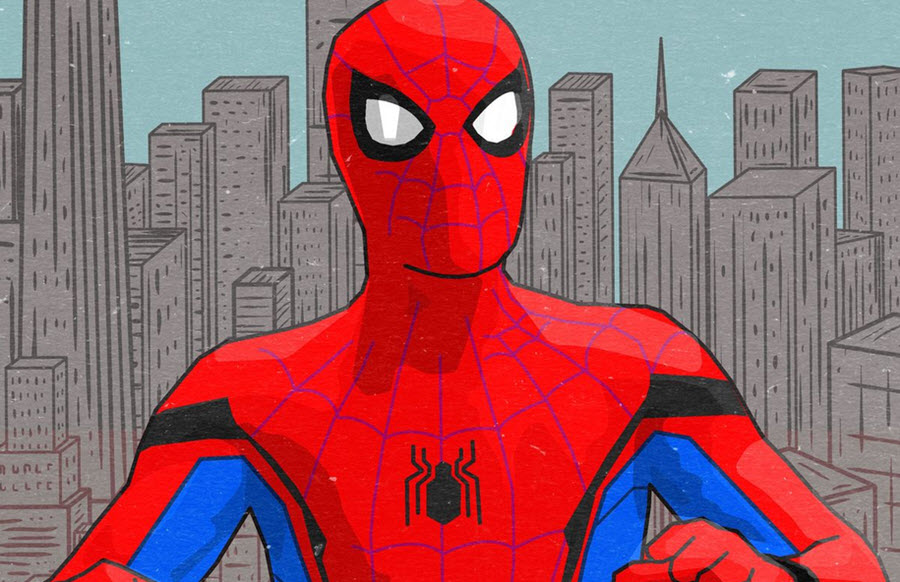 Appealing to a Younger Audience

The character was younger than most of the usual superheroes, thus appealing to the younger generation. In fact, it is because of the teenage demand in comics that the character was even created. Peter Parker, the boy behind Spiderman, was an orphan being raised by his aunt and uncle. A tragic accident that led to the death of his uncle is part of the trigger that sets Peter down the path of becoming Spiderman. Beset with teenage angst, adolescent issues and more revolving around a young school-kid, Spiderman was a relatable character for many of the teens absorbed in the comics. As well as providing some fantasy release, the character was also able to help teenagers come to grips with some real-life problems that might be plaguing them, thus creating an element of believability to the character, in addition to making him more relatable. The origin story is a relatively simple one, with Peter Parker simply being bitten by a radioactive spider, and thus providing him with abilities along the same lines as a spider. These include being able to cling to multiple surface types, shoot webs from his hands and high levels of strength, agility and ‘spider’ sense.

At the time of Spiderman’s release, the younger teenage heroes were normally just the sidekick rather than the main protagonist. However, with Spiderman, the series was able to reach new ground, as Spiderman was the lone hero; there was no mentor for Spiderman to be a sidekick to. Instead, Peter Parker had to learn the slow and hard way what it meant to fight crime, with the notable line “With great power comes great responsibility” being famous from this comic.

The longest-running comic series was the Amazing Spiderman series. This followed Parker from shy teenager through to adulthood and a photography career. By 2010, Spiderman joined the Avengers, and became a further feature in other series. There have been numerous different series throughout the lifetime of Spiderman, including an alternate universe series entitled Ultimate Spiderman, Spiderman 2099 and Ultimate Comics Spiderman, which even has a new character playing Spiderman after Peter Parker’s apparent death. Later, however, this character – Miles Morales – is brought into other comics to work alongside Peter Parker in his own right.

From Strength to Strength

Whatever the incarnation, Spiderman remains one of the more popular and commercially viable superheroes. He is Marvel’s flagship character, and repeatedly appears on numerous forms of media. As well as the comics, Spiderman has made appearances in an animated series, television shows and comic strips, as well as a number of films – all of which have secured Spiderman’s popularity.