Fantastic 4 – It’s all in the Family

Family superhero teams are now fairly common in all types of media. We all know and love The Incredibles, and little girls looked up to and were thrilled by the Powerpuff Girls from the late 90s to the early 00s. But perhaps no family superhero team is as famous and beloved as The Fantastic Four – arguably the blueprint for such an assembly of super-powered individuals.

Only three of the members – Reed Richards, Sue Storm and Johnny Storm – are actually family. Reed and Sue were originally lovers before getting married and Johnny is Sue’s younger brother. The fourth member, Ben Grimm, is an old family friend, and has been for so long that he might as well be a Storm or Richards himself. 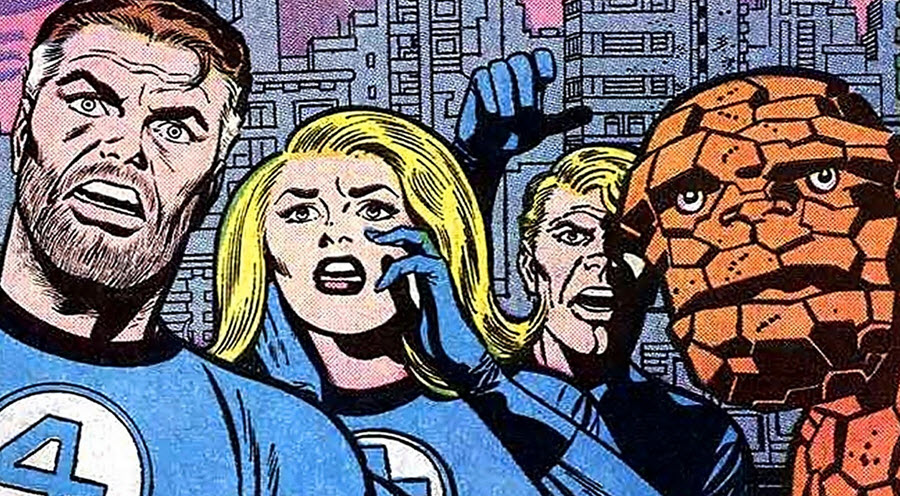 The Four gained their powers through exposure to cosmic rays in space during a scientific mission. Reed is a Master of Science who had always dreamed of flying to outer space in a rocket, and Sue persuaded him to let her and her brother join him, along with Ben, Reed’s best friend.

Each individual received different powers, and nicknames to go with them. Reed became Mister Fantastic, and obtained the ability to stretch his body into enormous lengths and shapes. Sue gained the power of invisibility and, as the fight for female empowerment and women’s rights progressed in the real world, she later on achieved the extra ability to create powerful energy fields around herself, for both defence and offence. She is known as the Invisible Woman.

Johnny Storm developed the power to create fire and flames around his body, along with the capability of flight, and therefore became known as the Human Torch. It was Ben who drew the short straw. Although gaining superhuman strength and resilience to bodily harm, he was transformed into a monstrous creature with lumpy skin made of rocky stones and plates. Despite, or perhaps because of, this, “The Thing” as he became known, is something of a fan favourite. His sense of humour, mixed with his inner pathos about his situation, makes him arguably the most relatable and human member of the team. His famous battle cry – “It’s clobberin’ time!” – has now become one of the most famous one-liners in Marvel comics.

Happy Families are All Alike

Every unhappy superhero family is unhappy in its own way.

Although the Fantastic Four are generally a harmonious team, the inner dynamics and relationships between each member are what drive a lot of the comic storylines. The Thing and Johnny Storm are known to have a tempestuous and quarrelsome friendship, and Sue and Reed have had their own marital problems in the past. Reed has been accused of being cold and distant towards the other members of the team, which has been blamed on his scientific and logical nature.

Despite their occasional clashes and in-fighting, the team have always managed to make up, especially upon realizing that their strength together far outweighs their individual differences.