The Hulk – It’s Always the Quiet Ones

You wouldn’t expect your quiet, mild-mannered and introverted science colleague to have an ego that would rival that of a despotic dictator.

Bruce Banner is his name; and mean, lean and green is his game. Exposed to gamma-rays during a scientific experiment gone wrong, Banner develops an alternate personality, during which he turns into a gigantic green creature during fits of rage and extreme anger. The “Hulk”, as his alter-ego soon comes to be known, possesses everything that Bruce doesn’t, and vice versa. The lack of intelligence and verbal aptitude; think “HULK SMASH! HULK ANGRY!” is the dominant element of the green monster; however, he makes up for Bruce’s shortcomings in incredible strength and fortitude.

How Was the Hulk Inspired and By Whom? 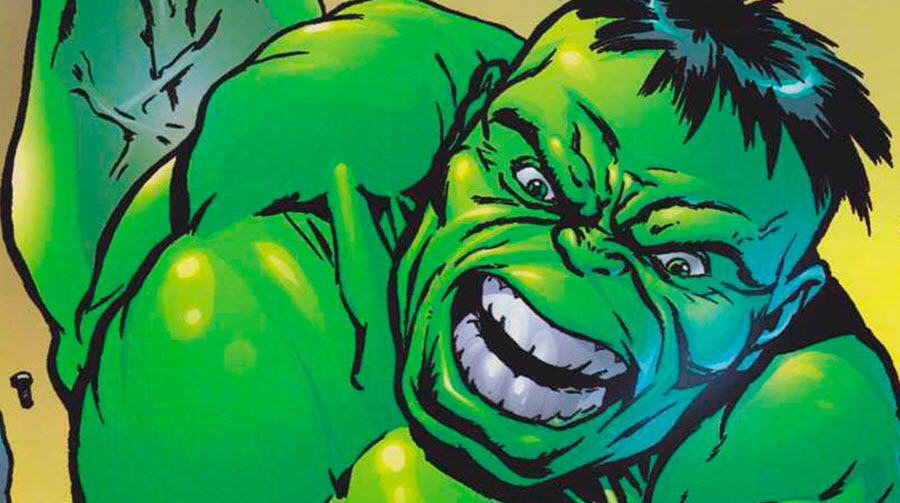 Although Stan Lee is largely recognized for being the creator of Hulk and other iconic Marvel characters, it was his collaborator and artist Jack Kirby who was the real inspiration behind the comic book figure. Kirby had once witnessed a woman lift the entire rear-end of a car when her small child had crawled under the running board of the vehicle. He realized that in times of great desperation or heightened emotions, human beings are capable of extraordinary deeds – and thus the Incredible Hulk was born.

It’s Not Easy Being Green

At the heart of the Hulk comics is the inner conflict that torments Bruce when he deals with an inner creature that is beyond his control. For as soon as he morphs into the Hulk, there is very often little Banner can do to control it. He is just as capable of mass destruction and disaster as he is of being the superhero that saves the day. Many stories involving the Hulk don’t only centre on the typical cookie-cutter formula of hero-saves-the-world-and-gets-the-girl. They also deal with a lot of emotional complexities and themes surrounding the great psychological turmoil that Bruce Banner deals with in his personal life because of the Hulk.

Banner’s relationship with his girlfriend, Betty Ross, is a recurring plot that touches upon the aforesaid themes. Not only is it difficult to maintain a relationship when your other half can turn into a giant green ball of rage during a lover’s quarrel, but it’s also made more difficult when your father hates everything about your partner and what he is. Betty’s father, General “Thunderbolt” Ross, is also a frequent supporting character and antagonist, who loathes Bruce and often worries about the danger he poses to his daughter.

The Hulk dynasty doesn’t stop with Bruce. Another supporting character in the series is Jennifer Walters, a.k.a. She-Hulk. A cousin of Banner, she received her powers from an emergency blood transfusion with Bruce, and, since then, has frequently appeared in many Hulk storylines.

The Hulk himself has since become an icon of Marvel comics as well as a pop-cultural icon due to his infamous rage rampages and unique appearance. He has also appeared in many other Marvel comic series, most notably The Avengers, The Defenders and The Fantastic Four.